As well as continuing with the fixed wing variety, we've also been doing a lot of work lately with some new products related to helicopter flight simulation. More specifically, our new range will be based around the Bell 206. Our designs for these products have been geared around the DodoSim FSX206 software and to enable actual encoders, toggle switches, buttons, and circuit breakers to be used instead of key-presses and mouse-clicks, we have written special code for our I/O boards.

This specially written code allows the use of one each of our 64Input Boards and 64Output Boards to interface to the DodoSim FSX206 software through FSX and FSUIPC so that all of the following controls work correctly :


The majority of this work has already been done and we've had the programs running in our workshop over the past few weeks.

Matters of the more external nature took something of a leap forward yesterday however, with the completion of our newly-designed Bell 206 Annunciator Panel (shown below).

The annunciators we've designed here are individual replicas of a korry
we've had in our workshop for a while: a beautifully engineered work
of art manufactured by Les Modeles Francais.

Below is a photograph of one of our early prototypes
alongside the original LMF Korry. 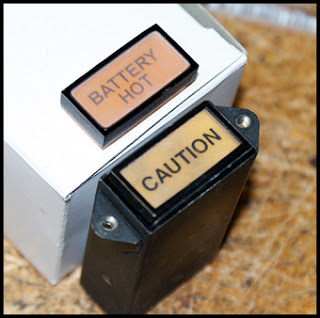 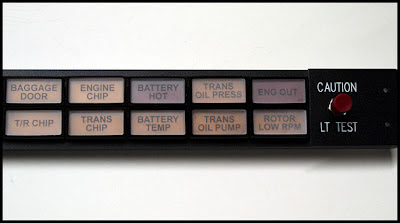 The fact that these annunciators are built as separate units means that they
are readily replaced or upgraded as per the needs of each individual
customer. As our software has been designed around the DodoSim
layout however, that is the typical configuration that we would supply. 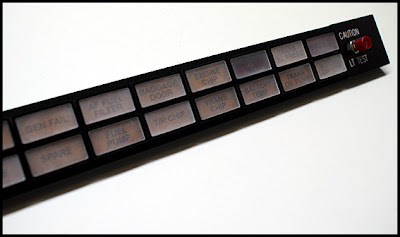 This annunciator panel fits the Bell 206 MIP we've been developing also,
which is being constructed along similar lines to the
King Air MIP panels that we already sell.

Below are a series of photos which show the annunciators under different
conditions. The first, as attested to by the 'glass'(!), is under the bright
fluorescent light above one of our workspaces. The legends are readable
(though barely), and it's obvious that none of them are lit; hence all is well. 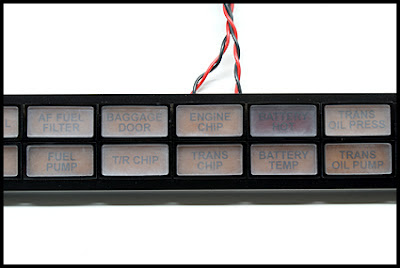 Below, in the same bright conditions, we now have one of the annunciators lit. 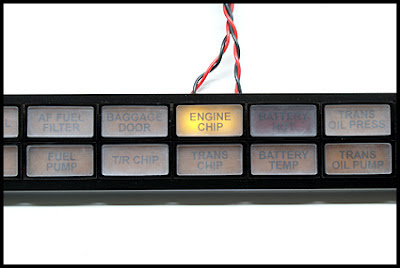 And finally, we see how the same annunciator would likely appear in a
darkened simulator. The light bleed at the rear, and the wires extending
from the LEDs, would not be seen in the final product of course,
as these photos are presently just for demonstration purposes. 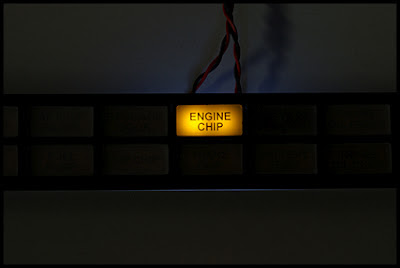 Once we have this annunciator panel fitted to the MIP and interacting
with FSX, we'll upload a video to our YouTube channel.
Posted by Ruscool Electronics at 11:05 AM

This is one of our latest products, an operating simulation
of the IRS display panel used in Boeing aircraft. 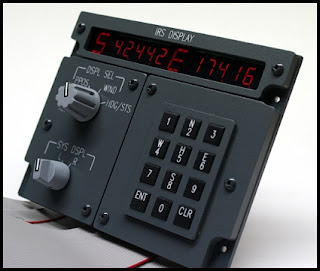 The panel is 146mm wide and 114mm high, with the mounting holes
(through dummy Dzus fasteners) in the correct positions. 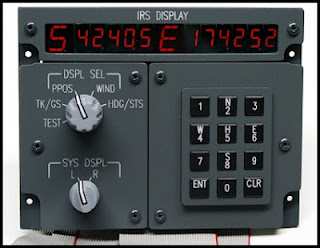 The display window is 118mm wide and 15mm high, and shows N/S and 5 digits,
and E/W and 6 digits. Small dots show the delineation between Degrees, Minutes,
and Decimal Minutes, and the data is updated every second. 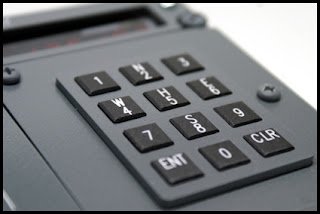 The Keypad is a dummy feature only, as it is currently not possible
to set the aircraft's position in this manner from within FS9 (or FSX)

The SYS DSPL switch is also dummy only, as most
simulators don't have two redundant IRS systems. 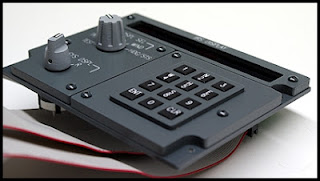 The IRS panel is connected to our driver board with ribbon cables (shown to the right),
and the board connects to the Flight Simulator PC via USB. The board needs
5Volts DC to power it, and as we normally use a Computer Power Supply,
we have already fitted the appropriate socket on the board. 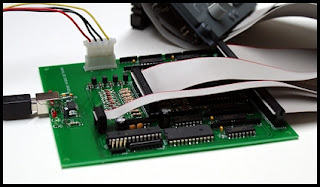 The supplied software is simple to install, and the
USB drivers for the board are supplied as well.

Below a short video from our YouTube channel describing some of its operation:

Purchasing details for this products can be found here
Posted by Ruscool Electronics at 2:23 PM

As you might already know, one of our latest projects was to design and build an operational set of Boeing 727 Radios for a builder in Norway. After several weeks of email discussion, preliminary calculations, various prototypes, and copious amounts of bubble-wrap packaging, the completed radios were sent ...

And below are some photographs that we've kindly been sent of the units now sitting in the real pedestal box for which they were designed  ... 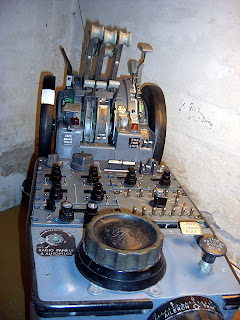 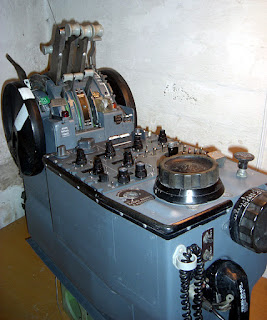 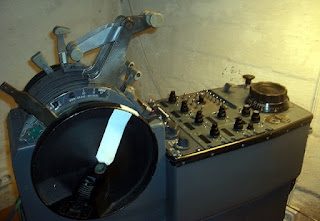 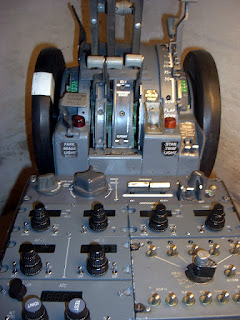 Although the radios aren't hooked up to the simulator yet, the video below shows them being operated on our work bench prior to being sent.

Following are a couple of links relating to this particular build
(links should open in a new window):
Thread at cockpitbuilders.com
Thread at MyCockpit.org

The audio in the above clip runs through a lot of their operation,
although more details are available through our website.


Thanks Tor!
Posted by Ruscool Electronics at 4:50 PM