Back in 2008/09 we helped one of our good friends build some of the parts for his Super King Air 200 simulator - a short video of which is here - and it is from these plans that our own King Air Construction Drawings originate.

Apart from the King Air C90 simulator that we built back in 2011 - which was based on these documents but with some minor alterations made to accommodate various requirements asked for by our customer - it's not very often that we actually get to use the plans ourselves.

Recently however, the opportunity to assemble both an Overhead module and a Fuel Panel module presented itself, so we took a few photos while we had the chance to do so. Hopefully seeing what these look like after they've been constructed will help any builders who are using these same plans better envisage what the end-result is likely to be.

Please bear in mind that some of the construction panels have only been temporarily screwed together for the sake of transporting the modules as entire units to our customer. Whatever could be safely glued and screwed has been, although these modules have been left unfinished as they'll be taken apart again when received and tidied up with sanding, counter-sinking of screws, painting etc. 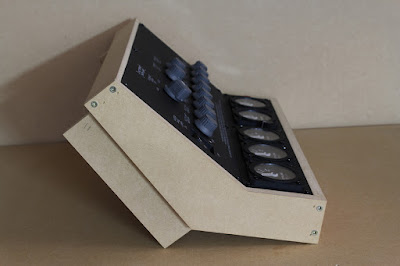 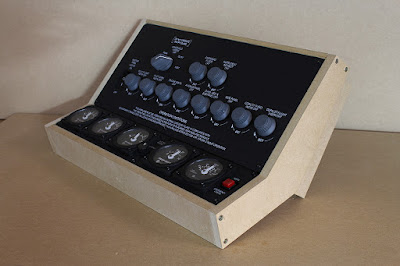 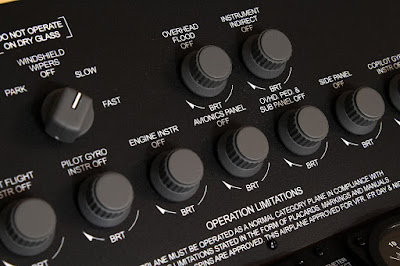 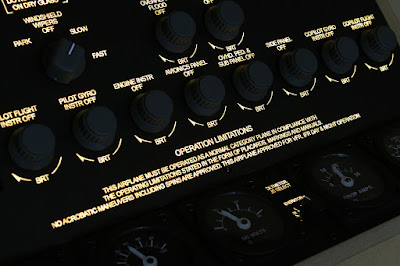 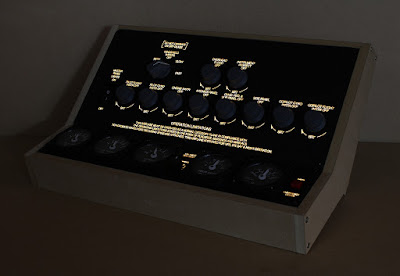 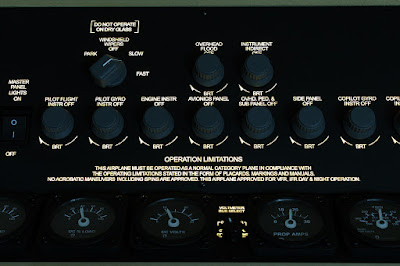 And now for the King Air Fuel module ... (we've previously supplied the Fuel Circuit Breaker Panel to our customer, so the panel you see here is simply a blank one that we've used to ensure the correct fit) ... 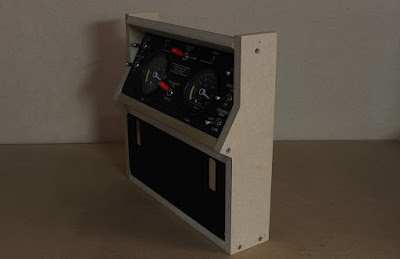 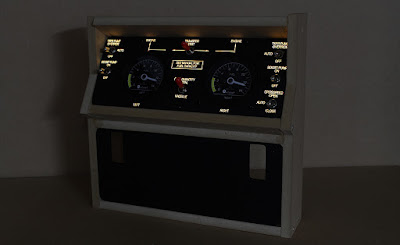 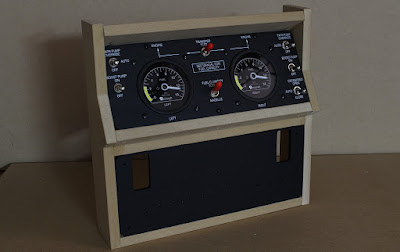 These modules have also been fitted with our latest backlit panels, which we'll discuss more in a future post.

Something else that we've done in relation to these plans is to design a glareshield unit that can be easily shipped. Shown in the photo below, it requires a bit of assembly work of course, but it's a good start and comes with the three separate sections and their connecting blocks, the engraved annunciators, PCBs with pre-fitted and correctly coloured LEDs, a connection PCB, and the necessary cables. 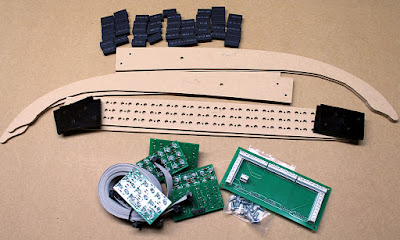 Posted by Ruscool Electronics at 3:09 PM