Based on the Garmin GNS530 unit, we finally have some photos of our RNS530 as supplied with the fitted LCD screen and a PCB with all of the necessary connections for operation, although on this model there is no USB Controller board fitted. The customer for whom the two units photographed below were manufactured is using their own interface system to communicate with it. This model has headers for ribbon cables on the rear to allow users to connect all buttons and encoders to whichever controller they wish. 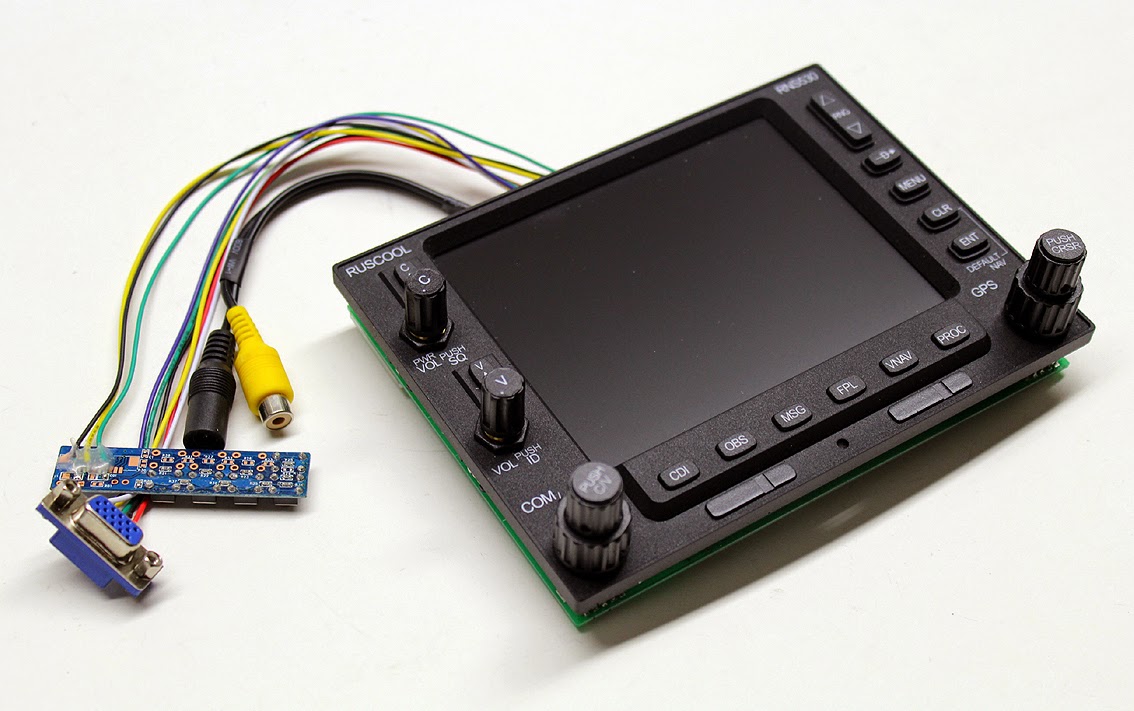 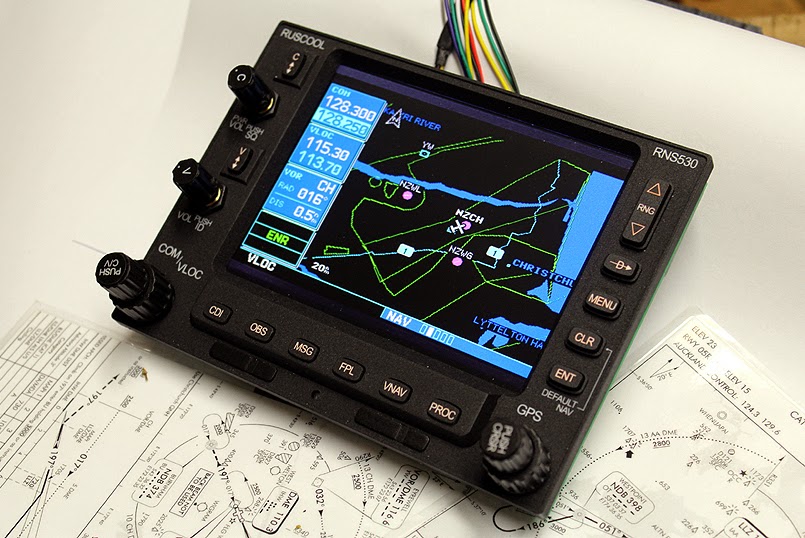 Running during its initial power-up test, the graphics on the screen aren't quite positioned properly, but it gives a fairly good idea of what it's supposed to look like. It's just possible to make out the backlit buttons too, seen here under normal room lighting. You can see that it's running the Reality XP GNS software, which needs to be purchased separately of course. 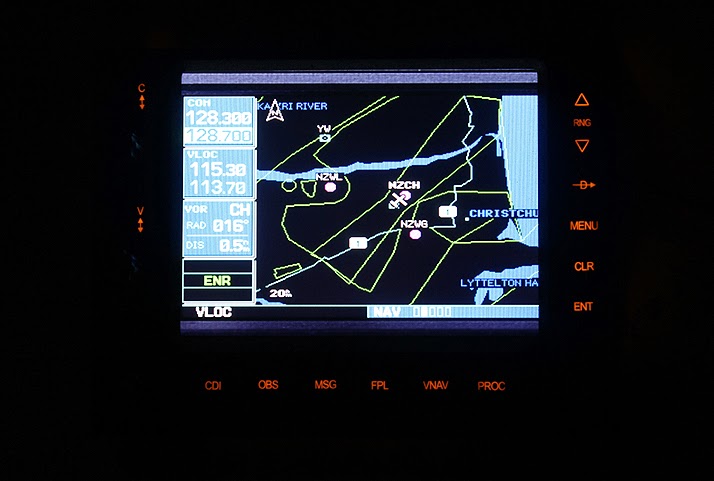 And now in the dark.


It's always difficult to photograph illuminated items like this and end up with a result that accurately reflects what you're actually seeing in front of you. This is pretty close as far as the backlit buttons go, although the effect on the screen graphics has been somewhat less than desirable.

Below you can see the first two units side by side - front and back - and it probably looks as though there's not very much room for the panel to fit into a cutout. That's because, well, there's not really. We're looking at perhaps extending the dimensions of the front panel by a millimetre here and there to make things not quite as snug ... 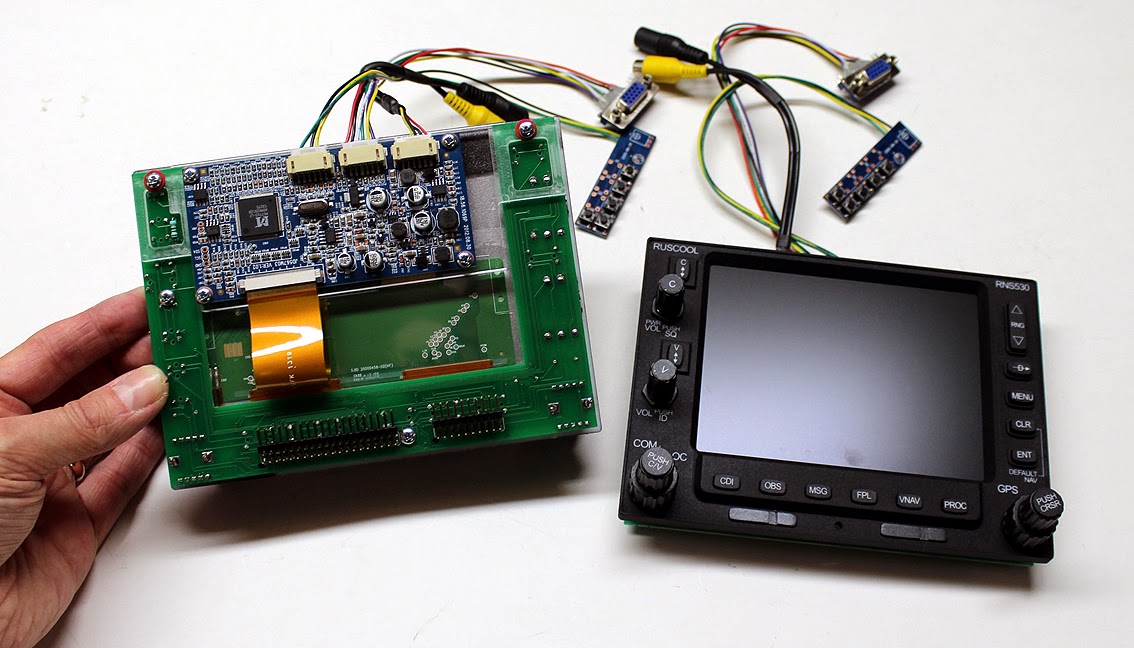 [ Don't look too hard for the errant thumbprint! ]

And finally, below is a photograph to prove that the first unit
wasn't simply a one-off and can indeed be replicated! 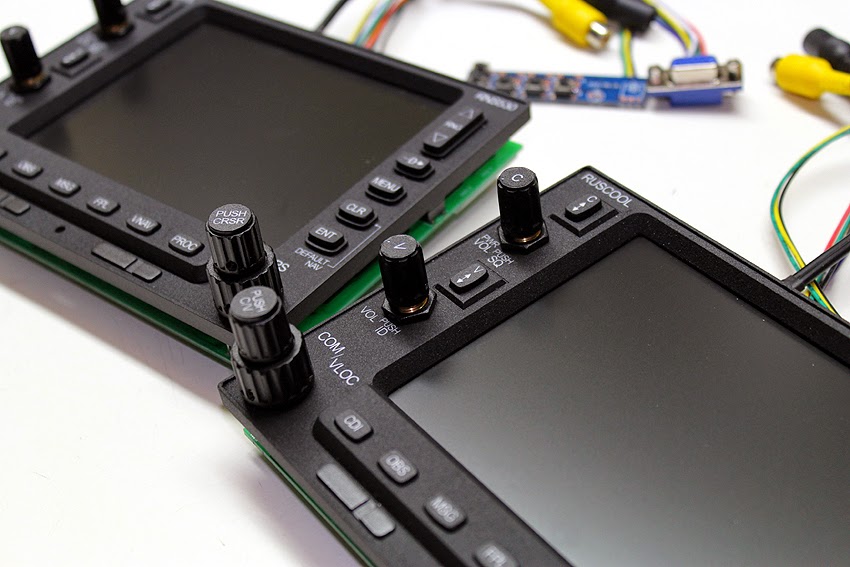 Also, for details regarding the 'Bezel Only' version of these units, more information can be found at a previous post, here.
Posted by Ruscool Electronics at 10:58 AM