A few months ago we had a request for a custom annunciator panel that was to be based around the standard King Air Glareshield Annunciators that we sell. The basic aspect of the panel is determined by the footprint of the LED circuit board, although we altered the shape of the unit to suit our customer's need. We also removed the dimming potentiometer from the left-hand side of the panel.

Each annunciator is a completely separate piece and can be easily removed from the rear of panel and replaced with a new/different legend at a later stage if required. 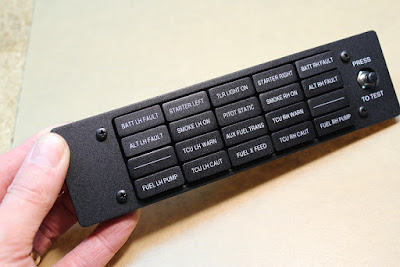 As a comparison, below is a photo of our standard King Air Glareshield Annunciator Panel, with the LEDs powered. 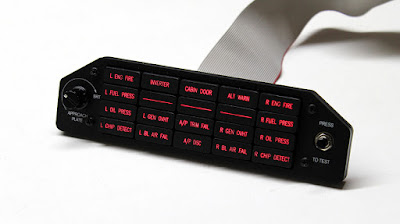 Four different LED colours were used in the custom panel (red, yellow, blue, and cool white), and although it's not shown very well in the photos below, the blue was actually a nice deep colour and not quite as 'washed out' as it appears here. 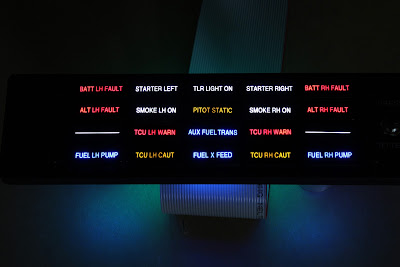 Prior to manufacturing the actual panel, we also provided several previews of what it would eventually look like. This allowed us to alter a couple of details, such as the wording of FUEL CROSSFEED, which was changed to the more aesthetically-pleasing FUEL X FEED.

These previews also allowed us to show how the panel could be mounted, and we could also provide the exact dimensions of the cut-out required and the placement of the mounting holes. 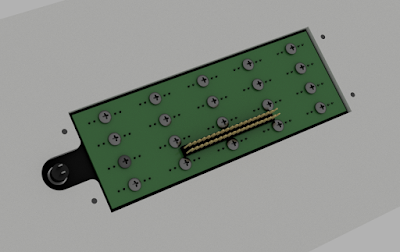 Posted by Ruscool Electronics at 4:59 PM

Email ThisBlogThis!Share to TwitterShare to FacebookShare to Pinterest
Labels: annunciators

This is a Trim & Emergency Gear Release Panel that's destined for a Cessna Citation Mustang simulator. 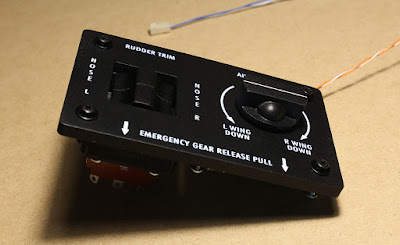 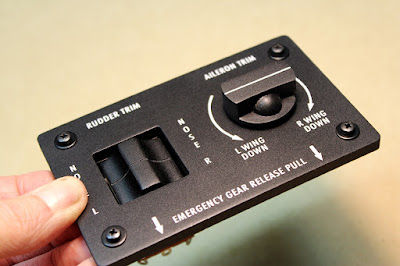 The Aileron Trim Knob can be rotated to momentarily activate either L Wing Down or R Wing Down via a centre-spring mechansim and a couple of microswitches. You can see this being operated in the following short video clip ...


As seen in the clip above, unlike the real aircraft, the split switch for the Rudder Trim is only designed to 'look' like two separate switches; it's actually mounted on the same centre-biased switch. 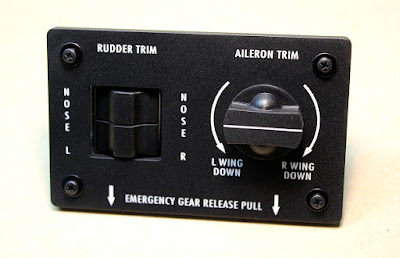 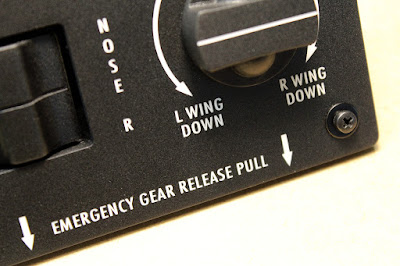 As with the majority of our panels, it's fully backlit. The lighting on this particular panel is being run on 12V. 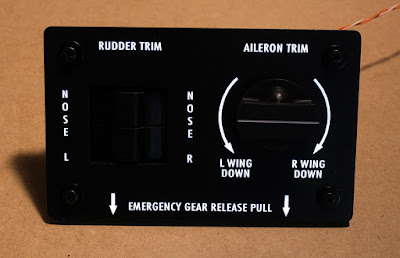 The following photos are of the Emergency Gear Release Pull Lever that the two arrows refer to on the lower portion of the panel itself. 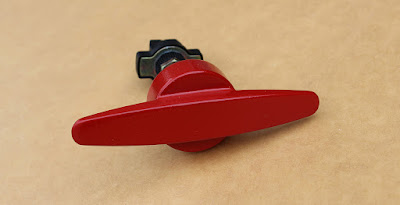 The handle has been fitted to pull on/pull off switch, to allow some functionality. 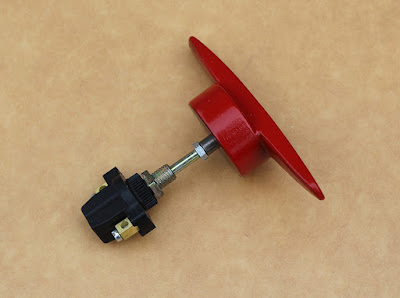 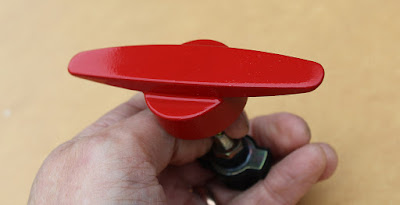 And here's one of the images that we used as a reference for the design of the panel ... 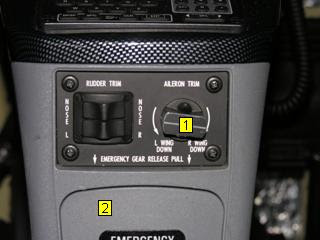 Posted by Ruscool Electronics at 8:22 PM

This is the central section of a King Air B200 Main Instrument Panel that we supplied to a customer a year or so ago, complete with six of our dual radios, operational altitude alert, and an RNS530 unit. 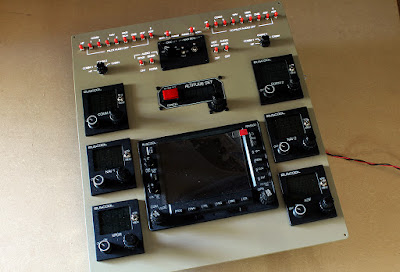 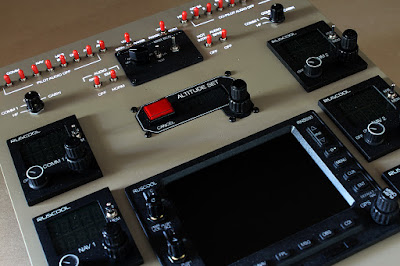 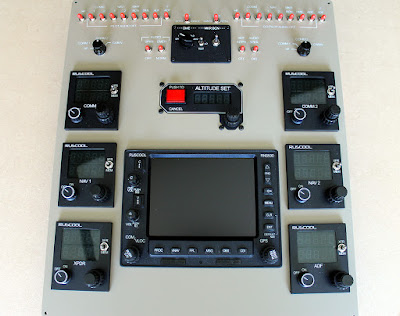 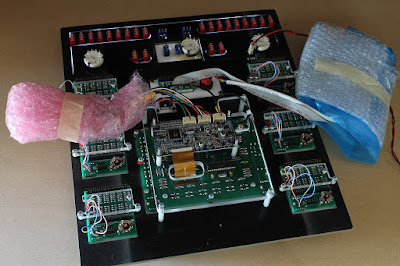 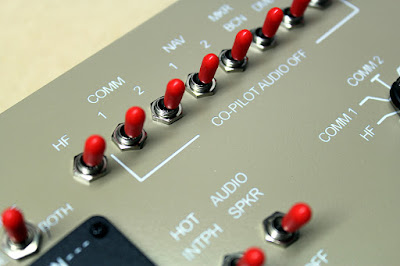 Below is a better shot of the backlighting whilst the panel was still in the process of being populated ... 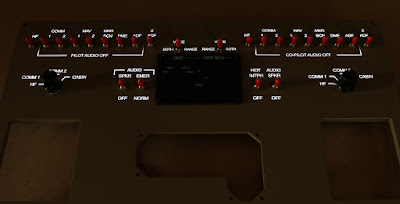 As with most of the parts that we supply, we fitted all of the hardware to the panel prior to sending it. This allows us to verify that everything fits correctly, and it also hopefully means that the installation once delivered will be a little more straight-forward. 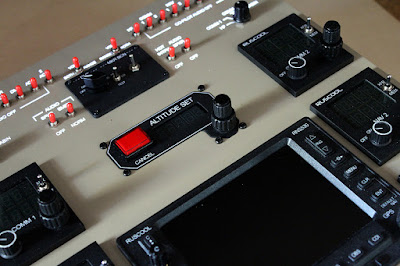 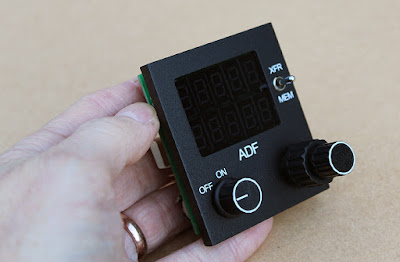 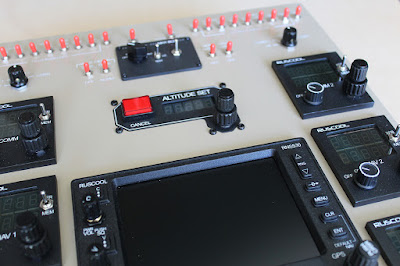 Posted by Ruscool Electronics at 7:46 PM