As mentioned in this blog previously, the simulator that we have in our workshop is based on an ATR-72 and has become something of a test-bed for various components over the years without having had the time to properly complete it. The overhead panels shown there were the first iteration of ATR componentry that we used to sell.

Recently though, as the result of a specific customer request for some ATR overhead panels, we have embarked upon something of a re-design process utilising the same techniques that we've begun implementing across our entire range of panels. This includes fully backlighting them.

The first panel that we've just completed is the Engine Start Panel, as shown below: 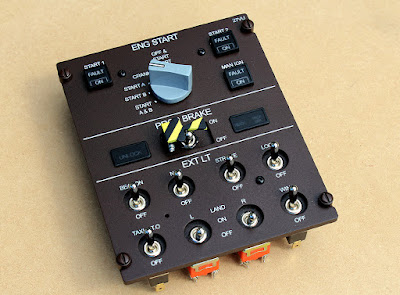 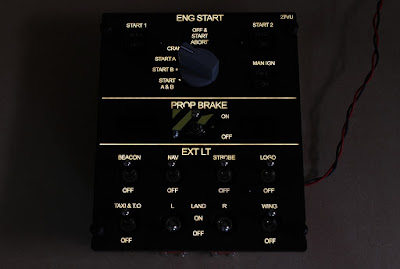 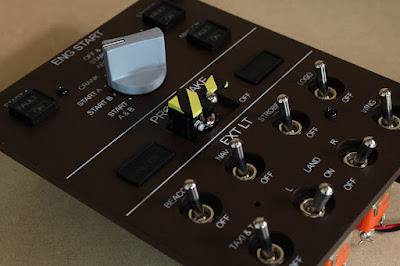 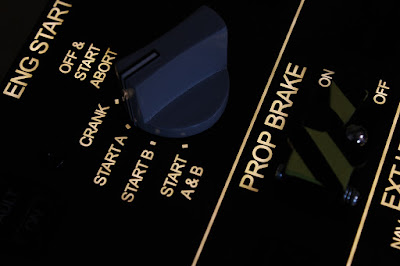 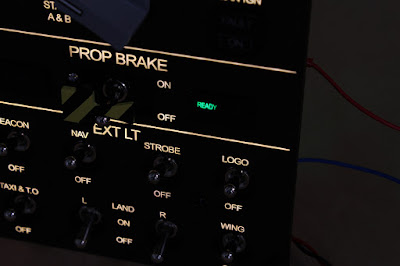 The above photo (when compared with the photo below) gives some indication as to the amount of separation there is between neighbouring legends which are housed on the same annunciator; there is no light bleed whatsoever between the two halves. 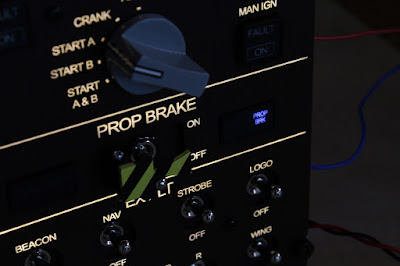 Similarly below, in the korry switch that displays 'FAULT' there is no bleeding of the amber light into the well of the legend which reads 'ON' (and vice versa, had I thought to take a photo of it!) 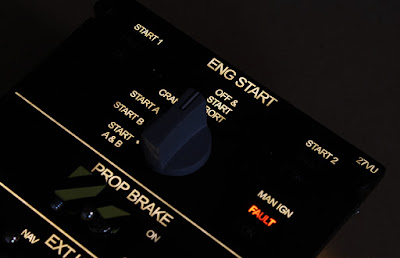 Another challenge was the Prop Brake switch latch, which had to be loose enough to operate but tight enough not to fall open on its own accord (it's upside-down above one's head, of course). This problem was overcome by fitting a small customised spring onto one side of it. 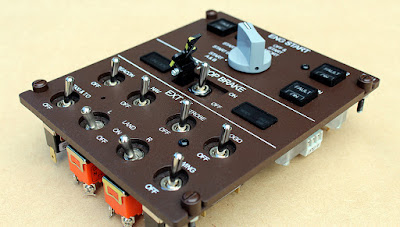 Below is a photograph of what the panel looks like from the rear. You can see that it's supplied as one fully-populated unit, with all of the components pre-fitted to various mounting plates. For connecting up the korry switches, we've fitted 3-way connectors, which hopefully make things a bit more convenient and will lead to our customer spending more time flying and less time soldering! 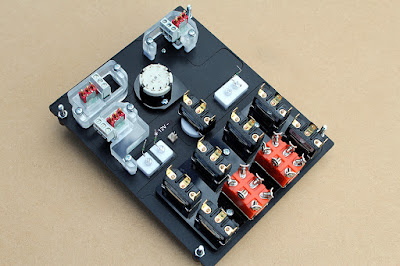 Below is a very quick video (without any commentary) which demonstrates (hopefully) some sense of how solid the korry switches sound, and how 'positive' their action is ...

Posted by Ruscool Electronics at 5:18 PM