Always good for keeping us on our toes, we were recently asked by a customer in South Africa to build a customised Vertical Speed Unit based around a truncated version of the Operational Altitude Alert System that we already make, and which was ordered at the same time.

Some new code had to be written especially for the Vertical Speed processor chip of course, which had to allow for both positive and negative values etc, and after much testing and fine-tuning this is all now working as expected. We should have taken a video(!) but instead a few photographs will have to suffice as evidence. 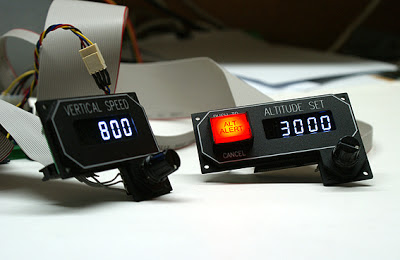 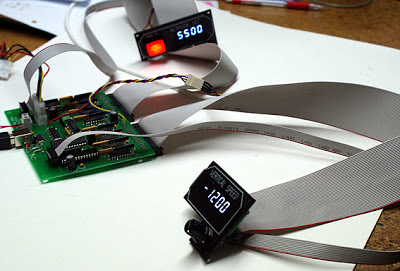 As something as an aside here, our Altitude Alert software has also recently been updated so as to allow for altitude settings below 1000ft; functionality that's often a requirement for helicopter simulators.
Posted by Ruscool Electronics at 9:34 AM