First installation of the RMC710 Autopilot

Late last week we completed the first installation of our new RMC710 Autopilot System into a local customer's King Air C90 simulator that we've been helping with. The post previous to this one explained most of the panel's details but we've now uploaded a short video of it operating to our YouTube channel as well.

Throughout this build we've customised a few components here and there and thought that this might be a good opportunity to share some of them, seeing as the astute amongst you will no doubt have noticed some differences to previous builds we've been involved with.

One of the most immediately noticeable differences is the colour scheme, which is a medium grey colour. This is probably illustrated by the following panels, as photographed whilst still in our workshop. 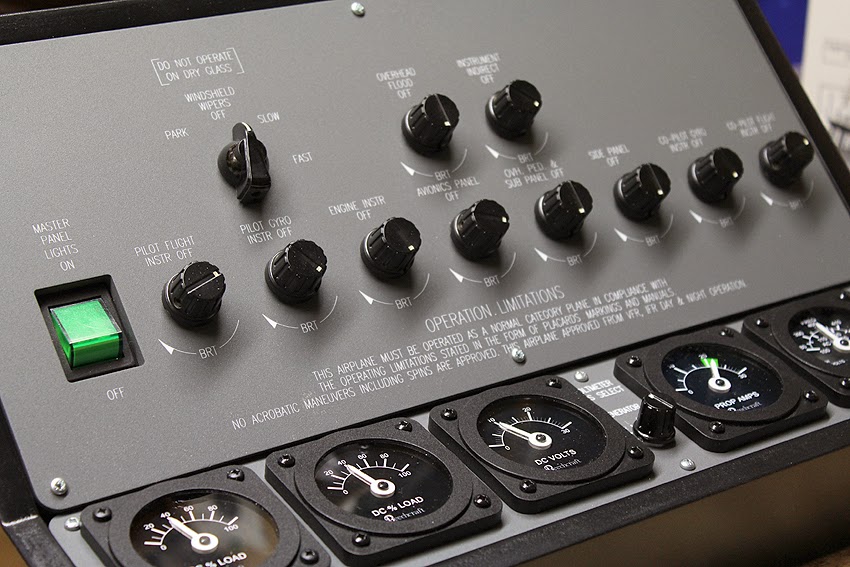 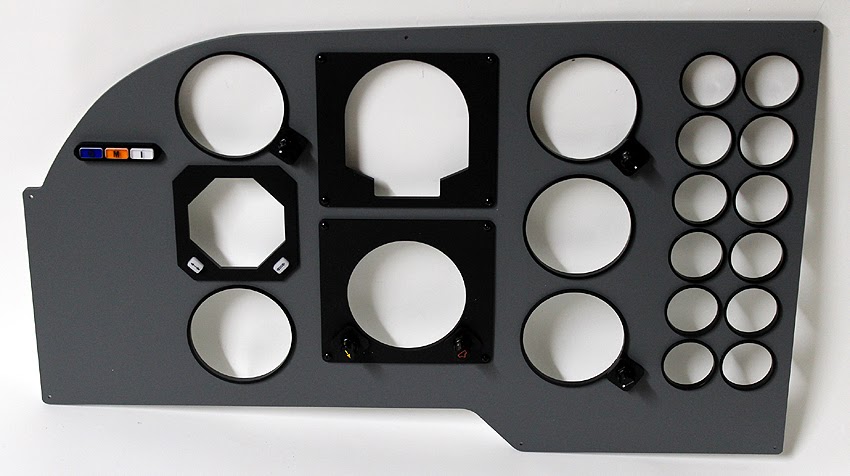 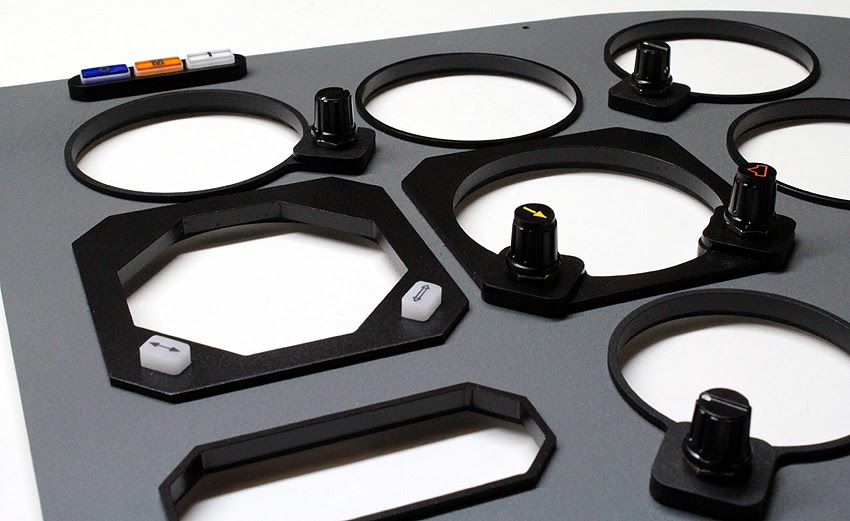 Actually (and if you've watched the above video, rather obviously), the above MIPs were made for a previous customer and incorporated the addition of two small Marker Beacon Indicators, each positioned at the top left of their respective panels. A more detailed photograph of one of these is below, although because of the amount of light in our workshop - and no available tripod upon which to mount the camera - it's a little difficult to see the illumination that we'd temporarily hooked up behind the blue legend. In person as it were, however, we were very pleased with the result. 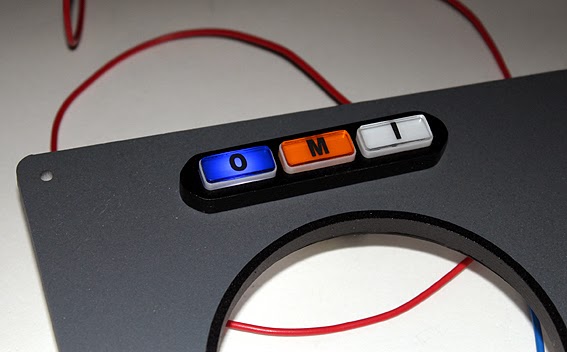 Okay then, back to our local customer's simulator ...


Below, you can see the two display units that had previously been purchased from another supplier and which were to be incorporated into the new build. We designed the main instrument panel around these and then the real work began: re-working the interfacing of the MFD and the PFD - although that's another post entirely if we ever find the hours needed to detail it. You can probably tell from the subsequent photos how involved the process was ... ! 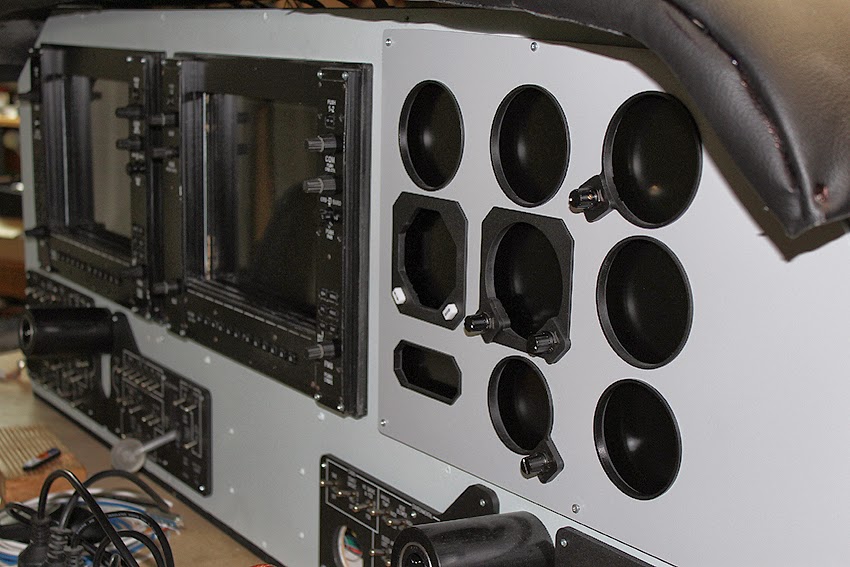 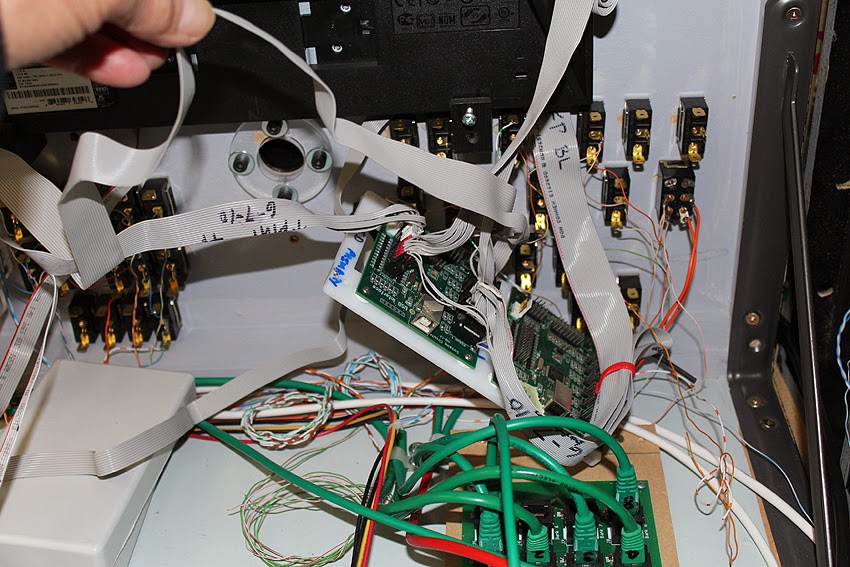 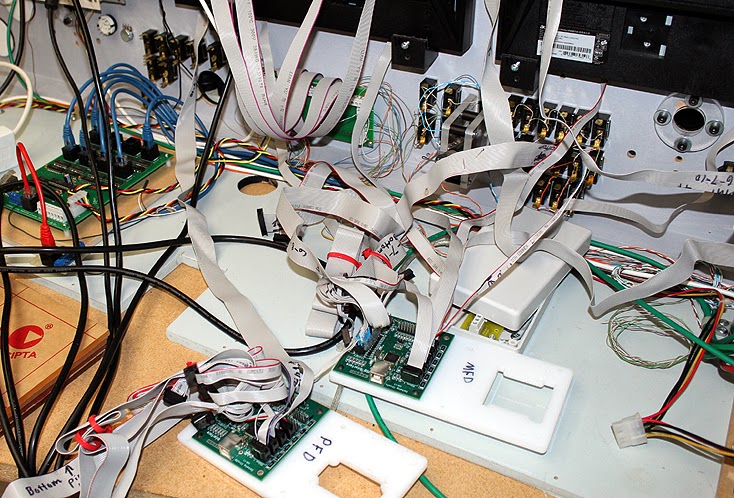 Oh, and skipping to the once again operational MFD and PFD ... 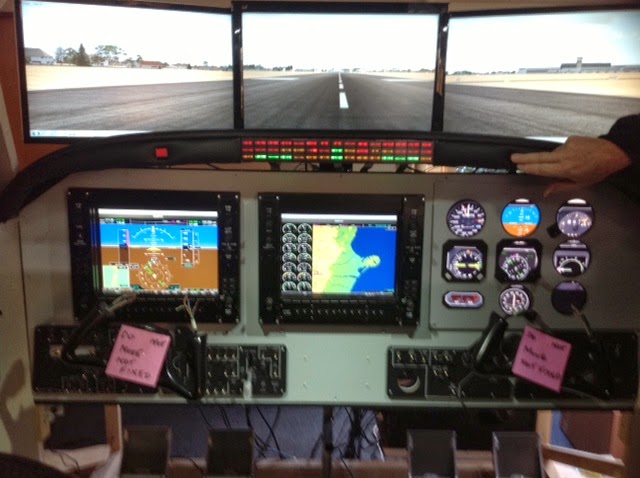 Posted by Ruscool Electronics at 11:41 AM

Alright then, so we've finally managed to put some time aside in order to re-establish access to the appropriate drivers, video outputs, and software needed to hook up the LCD1000.

Below are some initial photos (excuse the dust!), and a video with some commentary will be made shortly. In fact, if you haven't already seen it, we put up a video a while back which demonstrated how it operated using the 'bezel only' version of this panel, which can be found here. 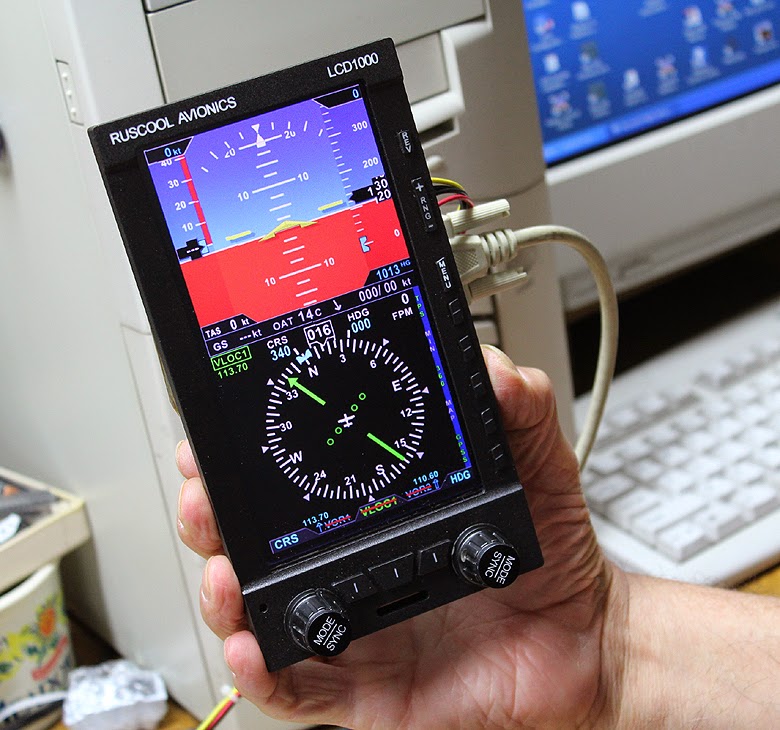 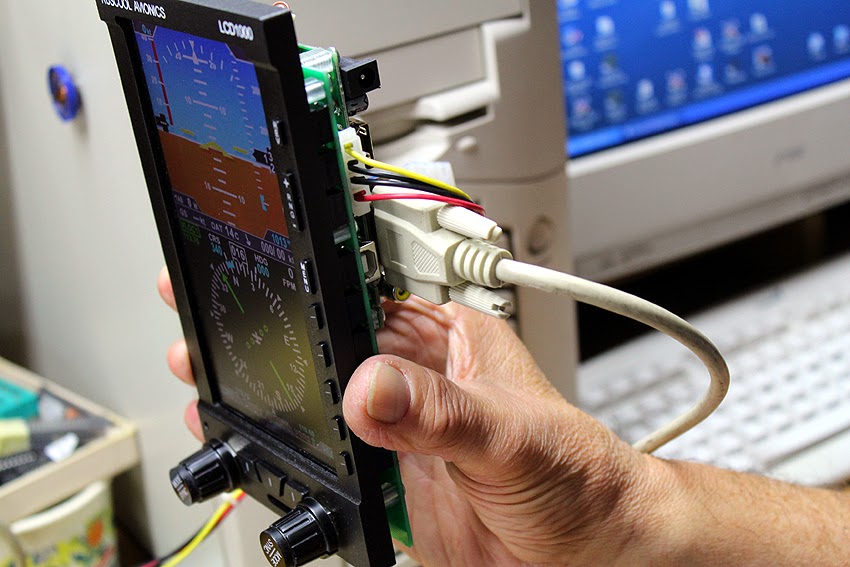 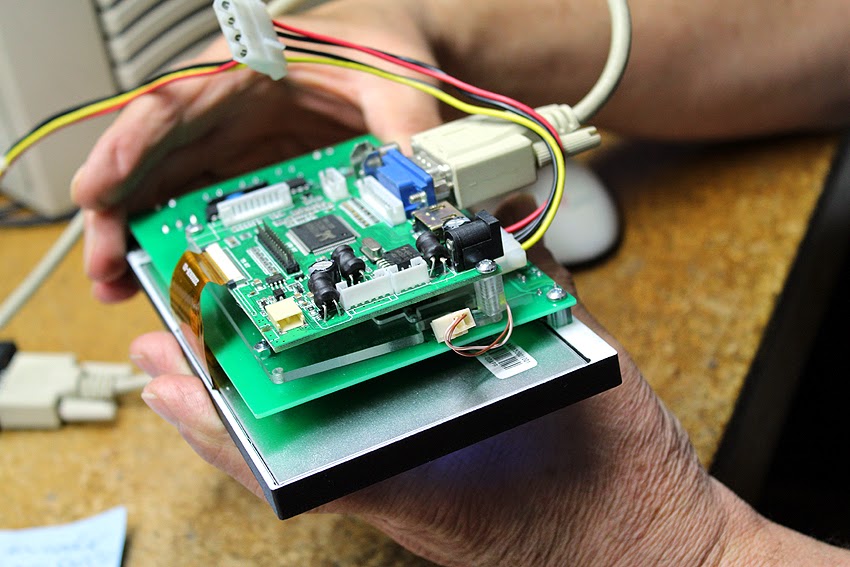 There are a couple of minor issues for us to tidy up here and there, as this unit was essentially our first prototype, but to give you an idea of costings, these units will be sold for US$570-00. If you're interested (or have any questions), please feel free to contact us directly, as our products are typically available for purchase well before we get the time to actually advertise them properly on our website.
Posted by Ruscool Electronics at 11:27 AM